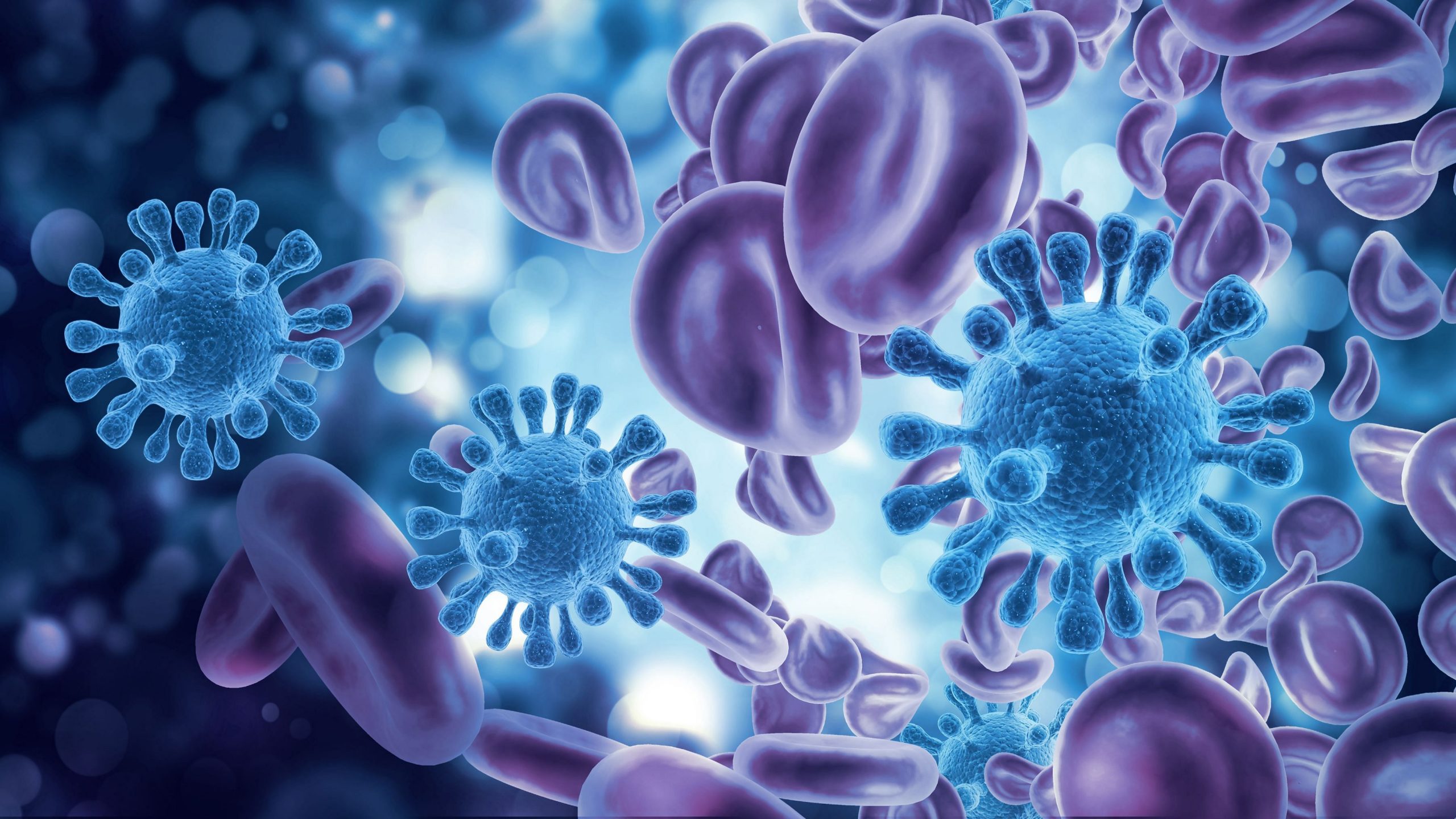 Anaerobic infection is an extremely severe infectious process caused by anaerobic bacteria, which is often fatal. Most often, this type of infection develops in the place of severe wounds and is more common among patients with diabetes mellitus and atherosclerosis. Why this infection develops, how to avoid it and what are the treatment options here – read our material.

What it is
Anaerobic infectious process is called when it is caused by anaerobic bacteria. These microorganisms do not need oxygen and multiply only in conditions of its deficiency. Since arterial blood brings oxygen to the tissue, a condition for the development of infection is a violation of the blood supply. This can explain why the disease develops in deep crushed wounds and affects the limbs of patients with diabetes mellitus and atherosclerosis.

The presence of tissue damage is mandatory for anaerobic infection, since only in this case microbes will be able to overcome mechanical barriers – skin and mucous membranes. 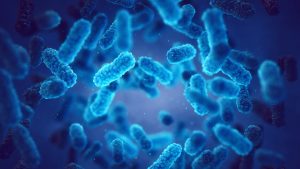 Most often, anaerobic infection develops in the limbs, since they are most susceptible to trauma. In rare cases, damage to internal organs is possible, especially if the intestinal wall is damaged, since anaerobes are its usual inhabitants.

The anaerobic process can be triggered by two different types of bacteria – spore-forming and non-spore-forming. The former include the genus Clostridium, whose members cause gas gangrene. The second group includes many different microorganisms: Bacteroides, Fusobacterium, Eubacterium, Peptococcus, Proteus and others. The latter cause non-clostridial anaerobic (putrefactive) infection.

Despite this division, the infectious processes caused by these groups of bacteria have many features in common. There are, however, a number of differences, which will be discussed below.

Causes
For the development of infection, it is necessary for anaerobes to enter the wound and local disturbance of the blood supply, therefore, the wound process will be the primary cause. In the case of gas gangrene, the infection often develops from soil contamination of the wound. In addition to street, domestic and military injuries, the cause can be:

Postdiagnostic injuries (after punctures, endoscopic examinations);
Perforation of the large intestine (often in the presence of malignant tumors).
Factors that can greatly increase your risk of developing an infection:

The proximity of the wound to the natural habitats of anaerobes in the human body: oral cavity, respiratory tract, perineum, large intestine.
The nature of the injury. Extensive trauma, crushed, with bone fractures, hematomas, the ingress of foreign bodies is most favorable for the reproduction of anaerobic bacteria.

A history of conditions suggesting impaired peripheral circulation: diabetes mellitus, atherosclerosis. This also includes the recent imposition of a tourniquet.
Timeliness of medical care for injuries. If the terms for rendering assistance exceed three days, the likelihood of anaerobic infection increases significantly.
Immunodeficiency states: AIDS, leukemia and others.
Symptoms
Local and general symptoms are characteristic of anaerobic infection, with the latter prevailing. This is due to the large amount of toxins produced by anaerobes that enter the bloodstream and cause severe intoxication. The most common common symptoms include:

Shortness of breath
Weakness;
Headache;
Nausea;
Apathy or, conversely, excessive agitation;
Cardiopalmus;
An increase in body temperature to 38-39 ° C.
Local symptoms are specific and greatly facilitate diagnosis, but their number and severity vary. Let’s pay attention to the most frequent ones.

Bursting, pressing pain in the area of ​​the wound. Its intensity is determined by the degree of damage. If only the subcutaneous fat is infected, the pain intensity may be low. When the process spreads to deep-lying tissues, pain sensations become very pronounced. It should be noted that this pain is not relieved by taking conventional painkillers.
Increasing swelling of the affected part of the body. Progresses with disease. It is more pronounced with gas gangrene, when literally a few hours after applying the bandage, the patient has a feeling of tightness in the place of its application. By analogy with this, there are a number of similar symptoms for detecting rapidly increasing edema. For example, a symptom of a ligature is when a thread applied by a surgeon to the skin is pressed into it after a few hours.
The presence of gas in the tissues in the area of ​​the wound. During infection, anaerobes emit various gases that have a characteristic unpleasant odor. The doctor can also detect gas accumulations in the tissues by pressing on the skin in the affected area – a crunching sound will be heard (a symptom of crepitus). Gas is better defined with gas gangrene.
The characteristic “lifeless” appearance of the wound. Dryness and bulging of the edges of the wound defect, a small amount of grayish-brown discharge with an unpleasant odor are visually determined.
The color of the infected part of the body. In gas gangrene, the color of the infected limb is usually pale. With non-clostridial anaerobic infection, the affected area is initially pale and then reddened.
Important! Usually, doctors determine these symptoms already in the hospital during an examination for an injury. You can independently pay attention to an increase in temperature, pain and swelling after trauma – in this case, you should immediately call an ambulance.

Treatment
Treatment for anaerobic infection always involves two equivalent stages: medical and surgical. Let’s dwell on each of them in detail.

Drug therapy
Drug treatment is aimed at eliminating the effects of intoxication and destroying microbes. For this purpose, various solutions for intravenous infusion are used, which replenish ionic losses, reduce thrombus formation, and help cleanse the blood of toxins. 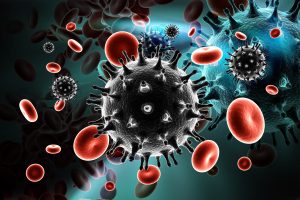 Antibiotic therapy involves maintaining high doses of antibiotics in the blood. In the treatment of non-clostridial anaerobic infection and gas gangrene, the use of various antibacterial drugs specific to the corresponding pathogen is effective. This explains the value of bacteriological research.

In the treatment of gas gangrene, therapeutic serum is also used in the amount of several doses, which is active against various strains of Clostridia. For accurate identification of the pathogen, a serum that is active against a specific strain is used.

Surgery
Surgical intervention for anaerobic infection is mandatory. Its volume depends on the prevalence of the process. The main principle of surgical treatment is to ensure the supply of oxygen to the site of infection. For this, long incisions are made, the depth of which depends on the level of the infection.

So, if only the subcutaneous tissue is damaged, there are enough cuts within this tissue, if muscles and fascia are damaged (a kind of muscle cases made of connective tissue), they are also dissected. In this case, the incisions are left open, washed and loosely tamponed with gauze soaked in drugs. Obviously lifeless areas of tissue are excised.

Most often it happens that such a volume of intervention is sufficient, however, with damage to the great vessels and far-reaching cases, removal of a limb (amputation) or the affected organ is indicated.

To improve the prognosis and reduce the amount of surgery, they resort to the procedure of hyperbaric oxygenation https://en.wikipedia.org/wiki/Hyperbaric_medicine. At the same time, the patient is placed in a special capsule, into which oxygen is supplied under high pressure.