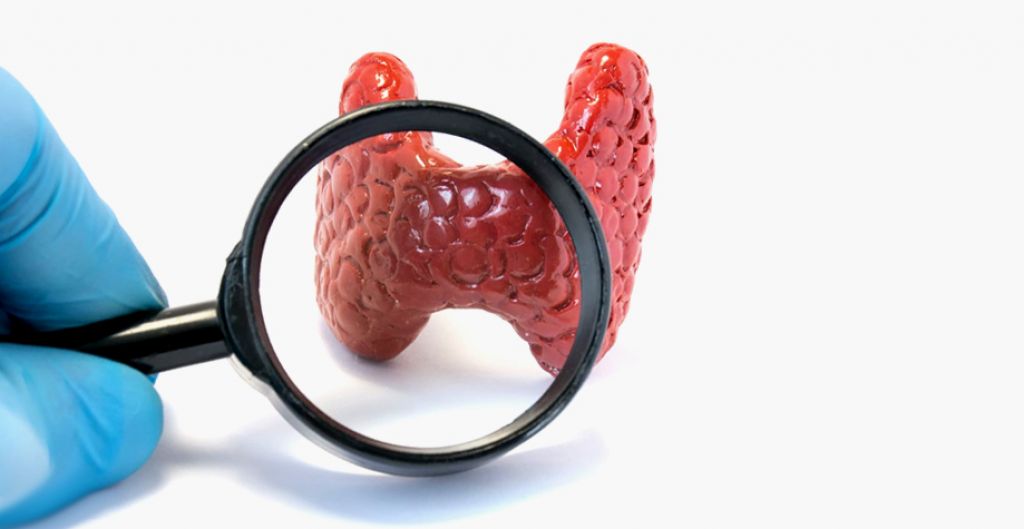 Autoimmune thyroiditis (AIT) is a disease in which the immune system destroys the tissues of the thyroid gland. Modern methods of treatment allow you to keep the disease under control and live a full life. But for this you need to follow all the doctor’s prescriptions and strictly follow the treatment plan.

What it is
Autoimmune thyroiditis is a chronic inflammatory disease of the thyroid gland of autoimmune origin. The disease occurs due to the appearance of antibodies that attack the cells of the thyroid gland. Over time, the gland ceases to cope with its function of producing hormones (thyroxine, triiodothyronine). In this case, the patients are prescribed hormone replacement therapy.

Autoimmune thyroiditis is a fairly common disease that occurs in 3-4% of the population¹. At the same time, women get sick 4-8 ​​times more often than men2. With age, the likelihood of developing pathology increases. Among women over 60 years of age, the disease occurs in 6-11%, and among children, the prevalence is 0.1-1.2% 1.3.

Antibodies for autoimmune thyroiditis
The disease was first described by the Japanese physician and scientist Hashimoto Hakaru in 1912. Therefore, one of the forms of this pathology is also known as Hashimoto’s thyroiditis. In those days, doctors did not have the tools to accurately diagnose the disease. Only in 1956, specific immunoglobulins were found in the serum of patients. Later it turned out that these are antibodies against thyroglobulin and thyroperoxidase. These proteins are essential for the synthesis of thyroid hormones. Today, the analysis for antibodies to thyroglobulin and thyroperoxidase is an integral part of the diagnosis of the disease.

Causes of autoimmune thyroiditis
The exact causes of the disease are unknown. There are three groups of factors against which this autoimmune disease most often develops.

1. Environmental factors
The following factors can serve as a trigger for the development of pathology:

Unfavorable environmental conditions, air, water and soil pollution, increased background radiation. It was found that in regions with a deficiency or excess of iodine, as well as a lack of selenium, the incidence of AIT is higher than 4.5.
Urbanization. Urban dwellers get sick more often than rural dwellers.
Stress that negatively affects the endocrine system.
Less stress!
Don’t underestimate stress. This is a serious factor in the development of a number of diseases. Under stress, the hypothalamus, pituitary and adrenal glands are primarily affected. These structures regulate the activity of the entire endocrine system. In addition, the violation of their functions contributes to the development of autoimmune diseases, including thyroiditis.

2. Factors of the internal environment

The leading factor in the development of pathology is hereditary predisposition. It has been established that autoimmune thyroiditis often develops in carriers of histocompatibility antigens (HLA) DR3, DR5 and B8.

HLA are a group of proteins found in almost all cells in the body. These proteins are used by the immune system to recognize its cells. For some unknown reason, in carriers of the above HLAs, the immune system often perceives thyroid cells as foreign.

Due to a hereditary factor, autoimmune thyroiditis often manifests itself in a familial form. It was found that in half of the patients, relatives also have antibodies to the tissues of the thyroid gland. Therefore, if one of your relatives is sick, be sure to get tested.

3. Other diseases against which autoimmune thyroiditis https://en.wikipedia.org/wiki/Autoimmune_thyroiditis develops
It has been established that other autoimmune diseases often develop against the background of autoimmune thyroiditis. These are various eye pathologies, Shagren’s syndrome, vitiligo, lymphoid cell hypophysitis and others. It is not yet clear whether some diseases provoke others. Probably, there are common reasons in the development of all these diseases, which are the failures of the immune system.