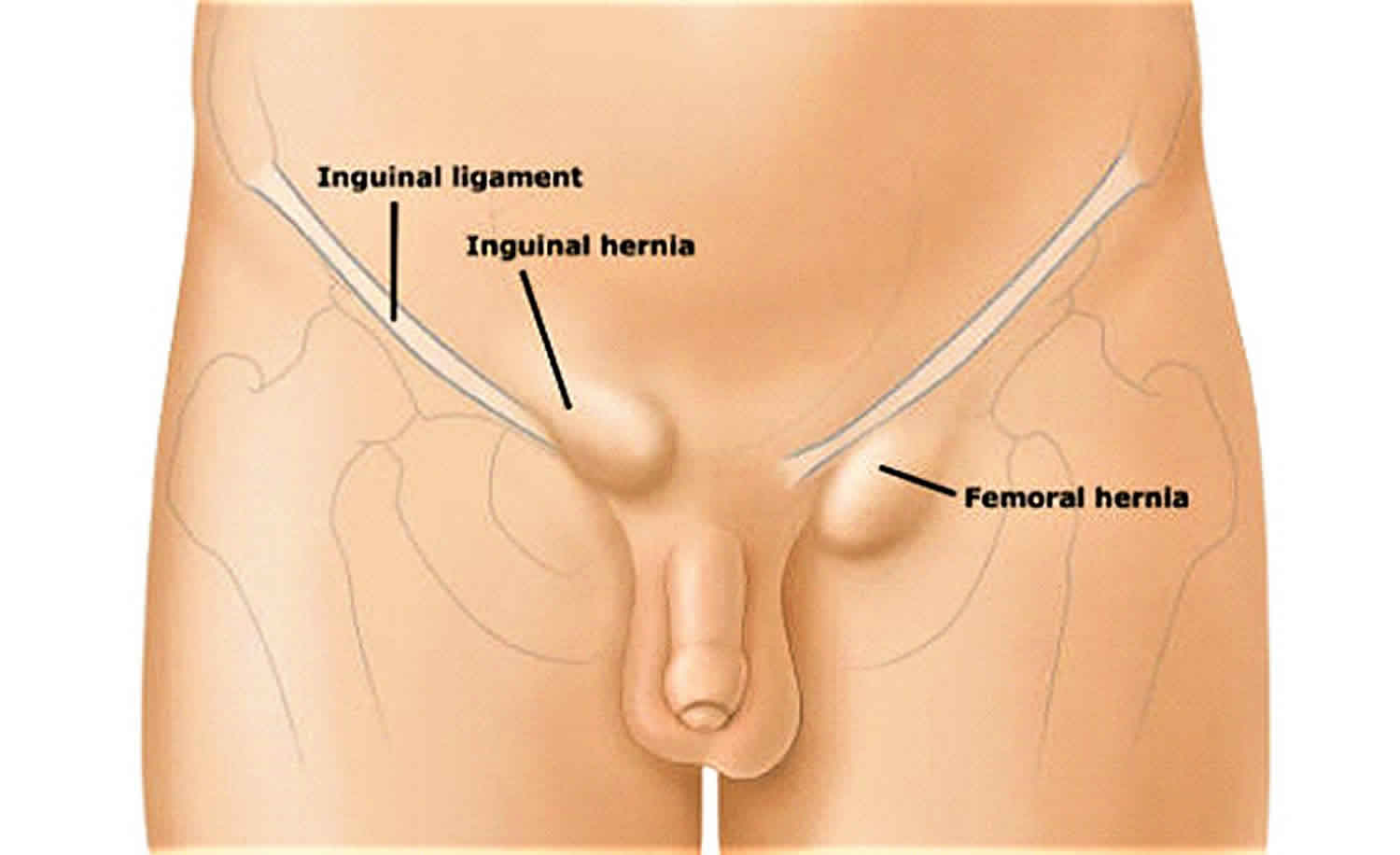 Femoral hernia is a condition in which the organs of the abdominal cavity (intestines, greater omentum) extend beyond the anterior abdominal wall through the femoral canal.

A femoral hernia is manifested by a tumor-like protrusion and pain in the hip area (especially with physical exertion).

A surgeon deals with the treatment of a femoral hernia. It is advisable to see a doctor at the first sign of discomfort. 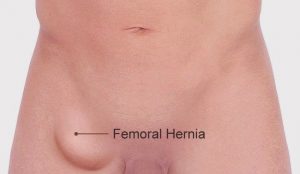 the appearance of a small protrusion on the border between the groin and the thigh, which disappears in the supine position;
discomfort, pain in the upper thigh, aggravated by walking, physical exertion, changes in the weather.
Methods for diagnosing femoral hernia:
examination by a surgeon;
irrigoscopy – X-ray examination of the colon;
herniography is an X-ray method, which consists in the introduction of a special contrast agent into the abdominal cavity for the purpose of examining a hernia;
Ultrasound of hernial protrusion, bladder, ovaries.
Femoral hernias more often than inguinal hernias present difficulties for diagnosis, are more often impaired and have a more insidious course.

Diseases with similar symptoms:
inguinal hernia;
lipoma;
lymphadenitis – inflammation of the lymph nodes;
thrombophlebitis – inflammation of the varicose node of the mouth of the great saphenous vein, which is located in this area.
The course of the disease
The hernia develops gradually. First, tingling pains appear at the site of the forming hernia with severe physical exertion. At the beginning of the disease, the pain is of little concern, but gradually increases and begins to interfere with movement. After a while, a bulge appears on the border between the groin and the thigh, which increases with physical exertion and disappears at rest. Gradually, the formation increases more and more, acquires a rounded or oval shape and often ceases to adjust into the abdominal cavity.

If the protrusion disappears on its own at rest, in a horizontal position or with light pressure with your hands on it, then such a hernia is called reducible. With an irreducible hernia, the hernial protrusion does not change in size and shape, or decreases slightly at rest and when pressed on it, pains are noted that increase with physical exertion.

nausea, vomiting;
blood in the stool, lack of bowel movements and gas discharge;
rapidly growing pain in the groin or scrotum;
the hernia does not correct when pressed lightly in the supine position.
Forecast
A hernia is well treated with surgery. In the absence of treatment, the prognosis is poor – the formation of an irreducible hernia.

Causes of the femoral hernia
Normally, the femoral canal does not exist; it is formed only during the formation of a femoral hernia. The hernial protrusion passes inward from the femoral vein in the femoral canal and then through its external opening enters the subcutaneous tissue of the anterior region of the thigh. In women, femoral hernia is more common due to the peculiarities of the anatomical structure of the pelvis. It is wider than that of men, which results in the large size of the potential weak points under the inguinal ligament and the lower strength of the connective tissue. 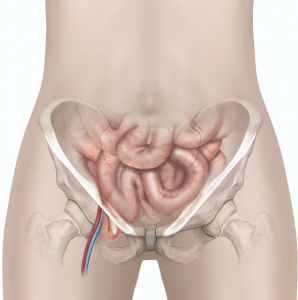 hereditary weakness of the connective tissue of the abdominal wall in children of the first year of life;
fast weight loss;
trauma to the abdominal wall;
postoperative scars;
paralysis of the nerves that innervate the abdominal wall.
Risk factors for femoral hernia formation associated with increased intra-abdominal pressure:

treatment of diseases of the gastrointestinal tract and urinary system;

Femoral hernia treatment
Treatment of a femoral hernia https://en.wikipedia.org/wiki/Femoral_hernia is carried out only by surgery in a hospital setting.

1) Classical plastics with local tissues – it consists in suturing the defect of the femoral canal with a synthetic non-absorbable suture using the patient’s own tissues.

2) Plastic surgery using synthetic prostheses (mesh) – in this case, a synthetic prosthesis can be placed in front of the peritoneum, and the femoral canal is not sutured. With such an operation, hospitalization lasts on average 2-3 days, depending on the complexity of the situation. The stitches are removed in 10-12 days.